Continuation a note on Count Strzelecki's…

Even today it can be read as a strong anti-colonial statement, but we must remember that these words were written during the „Golden Age” of colonialism. We are inclined to believe that Strzelecki who had fresh memories of colonial policies of the occupiers of Poland had to take the side of the Polynesian peoples whose native lands also fell into the hands of foreigners.

And these attitudes of Strzelecki's perhaps explain why his book was never too popular among the nineteenth country scholars.
It is interesting to note that Strzelecki brought up the issue of the independent character of the Hawaiian language and was not misled by the linguistic proximity of the Polynesian languages. He made this comment which could win the approval of very modern linguist. [20]

In the different accounts of the South Seas, it is not uncommon to find the languages of those islands so nominated by the general term of the „Polynesian language”. According to my experience the language of the Marques an group has no more affinity with that of the Gambier or Friendly Isles, than the latter with that spoken in the Sandwich Islands.

For the purpose of illustration it might be proper to confront his modern view of the question on the Polynesian languages with that of William Ellis, Strzelecki's contemporary and the author of the most comprehensive account of the early Hawaiian Kingdom, who maintained that: [21]

The language of the Hawaiians is a dialect of what the missionaries of the South Seas have called the Polynesian language, spoken in all the islands which lie in the east of the Friendly Islands, including New Zealand and Chatham Islands.” 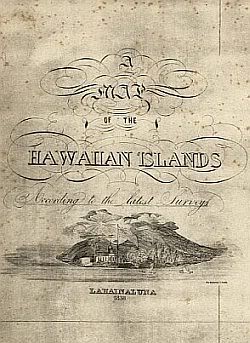 Finally, we might also point out that Hawaii occupied a very special place in Strzelecki's thoughts for some purely personal reasons. Namely, it is here that he received a letter from the sweetheart of his teenage years.
Her name was Adyna Turno and she was the daughter of a rich and haughty Polish aristocrat who did not allow her to marry a „poor” nobleman. [22].
The letter re-established contact between the two faithful lovers broken by his sudden departure from his native land. We are not sure whether it was caused by his broken heart or by his desertion from the Prussian cavalry as was reported by Z. Słupski-Świętopełk [23], a grandson of Strzelecki's sister.

This last allegation might be true because Strzelecki who never again set foot on Prussian soil and admitted in his letter written to J. Graham, British Foreign Minister, that

Whatever the real reasons for Strzelecki's leaving Prussian Poland might have been, he made it clear in his letter to Adyna written probably from Sydney on April 29, 1839 that he was very happy to receive her message of December 23, 1837 in the Sandwich Islands.[25]

His „Hawaiian connections” did not end after his departure from the Islands, as on August 1, 1840 he wrote to Adyna from Tasmania that he most surprised to learn from her previous letter that her brother, whom he considered his enemy, was the one who drew her attention to his article on Kilauea [26]. Strzelecki could not believe that her brother could show so, much interest in their love and remarked that this must by an exception to the rule.

As an afterthought to this last letter, we might speculate that his article on Kilauea must have caused quite an interest in Europe, judging from its Polish echoes.

In conclusion we can say that although Strzelecki's Hawaiian episode represents only a brief even in comparison with his long explorations of Eastern Australia and Tasmania, it was long enough to enrich his general experience and personal knowledge which he latter so skilfully used in his scientific and sociological speculations. Therefore, in our opinion, Strzelecki's contribution in regard to Hawaii should not be overlooked by students of early European-Hawaiian relations.

Z. Gasiński
The Polish Review - Polish Institute of Arts and Sciences in America - 1975.