Below the letter from Wanda Horky (Canberra)
to Anna Habryn - Mt Kosciuszko Inc.

On Wednesday the 30th November I attended the National History Challenge, at New Parliament House on behalf of the Mount Kosciuszko Inc. as well as the Polish Historical Institute in Australia. 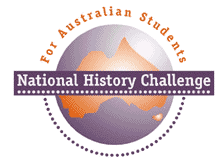 The purpose of the National History Challenge is to encourage primary and secondary students to write / present multi media on various aspects of Australian history.

There are special categories sponsored by various government and non-government organisations, Mt Kosciuszko Inc. / Polish Embassy, Canberra being one of them on Strzelecki, as well as state and national winners being announced. The Young Australian Historian of the Year is the major announcement.

As Minister for Education, Brendan Nelson gives the major award. With the Polish Embassy co-sponsoring the Strzelecki category (won by Queenslander Andrew Wydmanski) the Polish Ambassador Mr Jerzy Wieclaw was there to present the award for it.
Brendan Nelson made two speeches. The first on the importance of history and its ability for people of other cultures, races, creeds to be able to see through different eyes the values, opinions of other cultures, creeds or races. That the opinion of those different to ourselves was as important as our own and should be respected.

Just prior to giving out the major award he acknowledged the presence of the Polish Ambassador and told the following to tie it into seeing through different eyes:
(He said he had wanted to incorporate this second speech into the first but had forgotten - as he was not speaking from notes or a prepared speech).

Two Polish Australians from his electorate in Sydney came to see him about their concern of how and why the Australian media was writing 'Polish concentration camps'. Brendan Nelson said this was a total misrepresentation because for those who didn't know it could be construed as the Poles had initiated the concentration camps and the Holocaust. The media should be writing „German concentration camps in occupied Poland”. He announced he would be taking this matter up. 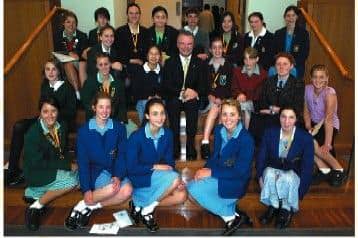 I spoke to the Minister afterwards about this and thanked him for taking it up because it has been a long standing and unresolved problem for the Polish Australian community. That letters had been written with little effect.
He told me he would take this matter up with the Prime Minister.

The impression my husband Wojtek and myself got was that he was quite committed to doing something about it. Unfortunately his announcement was made to a small audience and we are not sure whether any media were in attendance.

This might be an important breakthrough for the Polish Australian community and responses from both the SPK, Rada Naczela might help. Unless our community takes this up with him and the PM it could be a lost one. I will write to Nelson and the Prime Minister on behalf of the Polish Historical Institute in Australia.