Today over 120,000 Polish people live in Ireland. It’s unlikely that many of them know that a Polish man did incredible work in feeding thousands of Irish children during the Great Famine.

Paweł (Paul) Edmund Strzelecki came from a town near Posnan which was once in Prussia but is now part of Poland. He was born in 1797 to a family of Polish aristocracy. 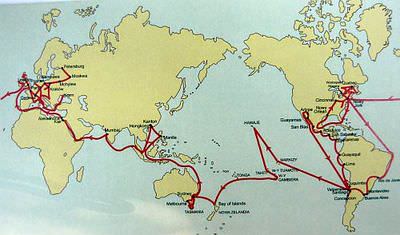 He received a good education and attended the Pijar’s College for noblemen in Warsaw. After serving in the Prussian Army and then managing an estate for a landowner, Strzelecki began to travel extensively, eventually visiting all continents except the Arctic and Antarctic.

In 1830 he arrived in England where he studied agriculture and farming methods. He then sailed to New York and in North America he investigated the culture of the native Indian tribes. When he visited Canada and later Mexico, he explored the geographic features and the farmers’ methods of agriculture in those countries.
In 1835 he sailed to South America and spent two years researching the geology of Brazil, Argentina, Uruguay, and Chile.
He also visited Hawaii and made extensive notes on the rituals and customs of the indigenous population.

Strzelecki arrived in New Zealand in January 1839 and visited the town of Russell, then called Kororāreka.
He conducted the first ever geological survey of the North Island

In April 1839 Strzelecki arrived in Port Jackson, Sydney. On the following August he set off on a 3-month journey to the Blue Mountains and Grose River, accompanied by two ex-convicts.
He discovered gold and silver veins in the area of Bathurst.
He then returned to Sydney and in December 1839 he undertook his second expedition to Yass Upland, in New South Wales.

On 12 March 1840, Paul Edmund Strzelecki was the first European to climb Australia’s highest peak in the Snowy Mountains. He named it after the Polish-Lithuanian statesman Tadeusz Kosciuszko, giving us Mount Kosciuszko. 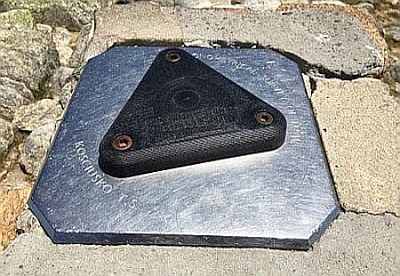 There is also a rural area in eastern Victoria called Strzelecki Ranges.

A group of English bankers formed a private charity named the British Relief Association to provide famine relief. During the autumn and winter of 1846, the potato famine struck in Ireland.

Strzelecki volunteered his time and effort free of charge and at his own expense to act as the main Association’s agent for the counties of Sligo, Mayo, and Donegal.
They entrusted him to distribute food costing £500,000.

Strzelecki had been an explorer and was used to travelling on foot. After arriving in Westport, he travelled through the three counties assigned to him, and witnessed at first hand the devastation caused by the famine.
The destitution was so grave that there was a shortage of coffins for those who had died. Strzelecki decided that the most effective way to assist the hungry and diseased people of these three counties was to work through the schools. 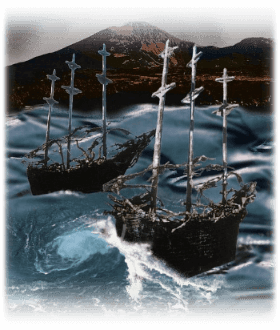 Starting in Westport, he met the school authorities and arranged the distribution of food rations to schoolchildren.
Each child was given a ration of rye bread and ½ pint of broth.
Clothes were given out and the children were allowed to wash themselves in soapy water to improve hygiene. This scheme was extended throughout Sligo, Mayo and Donegal.

By 1848, 200,000 children were being fed by the British Relief Association under Strzelecki’s direction. Without this help, many thousand would have died from hunger and disease.
Parents were then assured that their children were well fed in school, and families were better able to stay out of the dreadful disease-infested workhouses. Child beggars were no longer seen on the streets.

Strzelecki was not only concerned about the hunger of the day, but he took measures to prevent famine happening again due to potato blight. He persuaded the Relief Association to purchase a large supply of turnip seed to lessen the dependence on the potato crop.
He also helped families to seek new lives in Australia by arranging loans from the Family Colonisation Loan Society.
This society was founded in 1849 by Caroline Chisholm and assisted over 3,000 people to emigrate to Australia. Strzelecki was a very active member and chairman of the Society for many years.

Strzelecki spoke with great passion to the British authorities about the oppressive Land Laws which he knew were the real cause of the Great Famine.⬇He stated:

„If the Devil himself exercised all his ingenuity to invent a system which should destroy a country, he could not have contrived anything more effectual than the principles and practices upon which landed property has been managed and held in Ireland”

Strzelecki worked tirelessly even though he had contracted typhoid fever.

This great hero from Poland, Pawel Edmund Strzlecki died in London in 1873 and was buried in Kensal Green Cemetery. 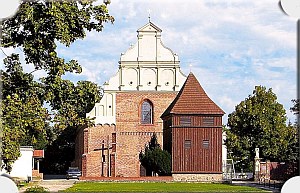 The Polish people thought so highly of him that in 1997 his body was transferred to the crypt of merit at the Church of St. Adalbert➔See above ⬆ in his hometown of Poznan, in Poland.

Strzelecki, a Polish nobleman with no connection to Ireland, perhaps more than any other individual personified a spirit of selflessness and sacrifice that has helped to save an untold number of Irish lives.

I come from Thurles, in Co. Tipperary. Over the years I have worked as a Marine Radio Officer, a Radar Technician and a Lecturer in the Limerick Institute of Technology.
I retired 10 years ago and live with my wife Carmel. One of my five children, Rory, lives in Melbourne, a city I dearly love. _Return to_ top.

This article comes from: Tinteán online magazine - is an initiative of the Australian Irish Heritage Network - https://tintean.org.au website