continuation…
men who made Australia by Sir Ernest Scott

THERE can be no reasonable doubt that Strzelecki was the first to find traces of gold in Australia. After making a geological excursion in the Bathurst district in 1839, he reported to the Governor that he had found gold amongst decomposed ironstone, and was satisfied that it would be discovered in quantities.

But that news, so far from gratifying Sir George Gipps, alarmed him considerably.
„He requested me, wrote Strzelecki, to keep the matter secret for fear of the serious consequences which, considering the condition and population of the colony, were to be apprehended”.

When Strzelecki published his book, „Physical Description of New South Wales and Van Diemen's Land,” in 1845, he omitted all reference to gold in accordance with the promise which he had given to the Governor. But his claim to priority in discovery is substantiated by two independent pieces of testimony.

First, an enclosure accompanying a despatch from Sir George Gipps in 1839 included amongst the minerals, found in New South Wales: „Gold, an auriferous sulphate of iron, partly decomposed, yielding a very small quantity or proportion of sold, sufficient to attest its presence”. 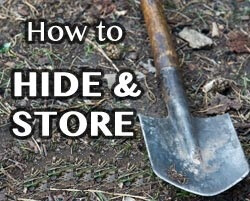 Secondly, in a debate in the Legislative Council of New South Wales in 1853, on a proposal to award a gratuity to Edward Hargreaves on account of his discovery of gold at Bathurst, James McArthur said that, to his knowledge Strzelecki in 1839 had exhibited specimens of gold to different gentlemen in Sydney, and „ repeatedly told me in private conversation that an extensive goldfield existed in the Bathurst district ”.

HAD not Strzelecki been an extremely scrupulous man he might justifiably have recorded his discovery in his book, which is a scientific treatise. A reference to gold there would merely have kept company with his references to other minerals and to fossil, flora, and fauna.

He might reasonably have considered that his promise to Gipps applied only to New South Wales, and that he considered himself bound, as a man of science, to tell the readers of his book all he knew about Australian minerals. But he chose to adopt a strict interpretation, and said nothing about gold until others had found it.

Strzelecki's book is not to be recommended for entertaining. reading, and as not Intended to to amuse. He wrote as a scientific survey of the terrifies which had been traversed by im, and considered in close detail such matters as geology and mineralogy, climatology, fossil remains, marine surveys, terrestrial magnetism, agriculture, and the aborigines.

He dismissed in less, than half a page the story of the journey of himself and his companions through Gippsland, coldly chronicling the fact that they were in imminent danger of perishing,” and avid themselves by „the utmost exertion stimulated by the sense of peril”.
Concerning the Tasmanian ranges, he described „the grandeur and infinity of the mountain scenery,” the „propound tortuous abysses,” the „unbroken solitude, silence, and desolation, the fearful gorges, precipitous cliffs, and inaccessible ridges;” but scenic grandeur was incidental to the main purpose of the writer, which was to present scientific data.

The one feature of his travels in Australia which did evoke something like rapture was Mount Kosciusko — which he invariably spelt in the Polish manner, „Kosciuszko.”
He did not, however, give that name to the mountain which bears it now, but to the neighbouring peak, Mount Townshend, which at a later date was found to be higher than the mountain which the Count climbed and named.

His intention of naming the highest mountain in Australia after Poland's great leader was respected by transposing the names. Strzelecki's description of the peak which he did climb may, however, be quoted as a good example of a feeling for landscape evoked by what he saw from the summit:

„Conspicuously elevated above all the heights hitherto noticed, and swollen by many rugged protuberances, the snowy and craggy cone of Mount Kosciuszko is seen cresting the Australian Alps in all the sublimity of mountain scenery. Its altitude reaches 6500ft, and the view from its summit sweeps over 7000 square miles”.

„Standing, above the adjacent mountains which could either detract from its imposing aspect or intercept the view. Mount Kosciuszko Is one of those few elevations the ascent of which, far from disappointing, presents the traveller with all that can remunerate fatigue.

In the north-eastern view the eye is carried 'as far back as the Shoalhaven country, the ridges of all the spurs of Moniero and Twofold Bay, as well as those which, to the westward, inclose the tributaries of the Murrumbidgee, being conspicuously delineated.
Beneath the feet, looking from the very verge of the cone downwards almost perpendicularly the eye plunges into a fearful gorge 3000ft deep in the bed of which the sources of the Murray gather their contents and roll their united waters to the west.”

THE short biography of Strzelecki in „The Australian Encyclopaedia” - a work of very great value, which is rarely at fault - does an injustice, to Strzelecki in alleging that „he was the original of Count Smorltork who graced Mrs. Leo Hunter's breakfast party in Pickwick”. That is certainly untrue.

Dickens sometimes introduced actual characters under disguising names in is novels; notably in „Pickwick Papers.” Count Smorltork was the well-whiskered individual in a foreign uniform' who was „gathering materials or his great work on England after being a fortnight in the country”.

He is easily identified in A. J. Philip's Dickens Dictionary as a certain Prince Pucklen Muskau, and there is a modern biography of that worthy, who made a kind of splash in London society at about the time when Dickens as writing the adventures of the Pickwick Club.
Not one of the characteristics satirised by Dickens fits - Paul de Strzelecki. Who assuredly was lot addicted to „small-talk”, did not wear a uniform, and spoke English fluently and correctly, not as Dickens represented Mrs. Leo Hunter's guest as speaking it.

During - five years, Strzelecki travelled, on foot, 7000 miles in Australia and Tasmania, and spent £5000 on his researches.
While he was in Tasmania the Governor, Sir John Franklin always eager to promote and assist scientific work, contributed £100 to a fund amounting to £400 which was raised by public subscription.
This appears to have been the only money he received to augment his own re sources.

Poland is very much „in the news” it this time, showing with dauntless courage the spirit which made her a great nation and kept her people united in spite of the territorial plundering of Frederick II of Prussia, the Tsarina Catherine II of Russia, and the Empress Maria Theresa of Austria.
The Polish nobleman whom Australia has such good cause for remembering with honour, showed in his explorations in the roughest parts of this country a full measure of the vigour, courage, and self-sacrifice which have been the grand characteristics of his brilliant race.

See an _excerpt_ from this article.
(We have a full electronic version of the article.)