On this day: Mount Kosciuszko put on the map 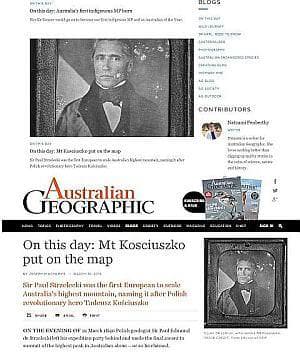 But the count was not all fancy dinner parties.
A plaque to be unveiled_/ click /_later this month in Dublin will honour his role as famine relief agent in Ireland's Great Famine.
From 1846 to 1848, Strzelecki put his organisational skills and energy into the philanthropic effort as Ireland was ravaged by mass starvation and disease.