A giant among mediocrities

For all the great virtues of Australians - big-heartedness, fairness, taking people as they are, informality, et cetera - there is a most disagreeable downside: the savage and merciless commitment to slashing at tall poppies (which sometimes are merely windmills).- Read also below - 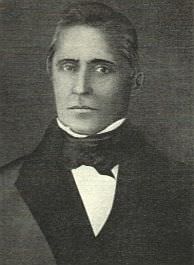 Explorer, scientist and humanist Paul Strzelecki has been the victim of numerous hatchet jobs in Australia - says Norman Abjorensen, but now efforts are being made to set the record straight.
The Canberra Times - September 27,1997.

Does it extend back to our brutal, penal past, when any advantage, innate or earned, was a threat to the group?

It is, if you like, the dark side of our deep-rooted egalitarianism, which, when applied to the admirable ideal of a fair go, was laudable. In a society that has become manifestly less fair and less equal, it has merely served to elevate and entrench mediocrity.

We have scorned the best and they have fled. Call it what you will: cultural cringe, exile, brain drain, the expatriate community. We are deeply impoverished by the process.

If there is a single factor that has stood between Australia realizing its unlimited potential and the monument to second best that it has become, it could well be this; the mockers and the knockers force us to wallow in the mire of the ordinary; to dare to dream, to strive, is a recipe for contempt and ostracism.

By most accounts, Sir Paul Edmund de Strzelecki - born 200 years ago this year - was the epitome of 19th-century heroism as well as apotheosis of the romantic ideal: charming, cultured, learned, Polish British knight, explorer, scientist and great humanitarian.

Even in this day of jet travel and accessibility, Strzelecki's peregrinations appear breathless: scientific observer in South America and the Pacific, explorer and scientist in Australia, a man cultivated by the great, a travel writer of exceptional insight and, by no means least, a towering and noble figure who strove to administer a desperate humanitarian effort to relieve the Great Famine in Ireland.

Everywhere he travelled in his endeavors he left deep and lasting impressions.

Charles Darwin, no mean achiever himself, was lavish in his praise, writing to Strzelecki in 1845 after having received a copy of the Pole's
Physical Description of New South Wales and Van Diemen's Land:
„I congratulate you on having completed a work which must have cost you so much labour and I am astonished at the number of deep subjects which you discuss”.

But such acclaim was not always the case in Australia, where he attracted the suspicion of some of his contemporaries, and later some scholars who appeared bent on tearing the legend from the pedestal. He was accused of claiming false noble ancestry, stealing the feats of other men, and lying. In short, a fraud, a cheat and an impostor.

Mud has the unfortunate habit of sticking, and the name of Strzelecki, immortalized in some 28 place and feature names in Australia from Tasmania to the Northern Territory, has since been shrouded in doubt among those interested enough to learn more about the man with the unpronounceable name.

Well, happy 200th, Sir Paul. You have been exonerated and vindicated, and thanks are due to the remarkable scholarship of a fellow Pole, Lech Paszkowski, who lives in Melbourne. For almost half a century he has toiled manfully on the trail, and has produced what must be regarded as the final word.

Paszkowski, in fine understatement, remarks that his countryman is a difficult subject for a biographer: Strzelecki's personal diary, written in French, has never been located, his personal correspondence and papers were burnt after his death in 1873, and his letters sent to Poland did not survive World War I except for a few pages. By way of unnecessary apology, Paszkowski writes that his book (Sir Paul Edmund de Strzelecki: Reflections on his Life)
„is only an attempt to reconstruct a sequence of facts framed by the period of his life”.
One might wish all biographers to be so candid about their efforts.

And Strzelecki has never lacked biographers, although the picture has been far from complete. By and large, the rumblings and resentment were ignored or reduced to footnotes and asides, and as recently as 1959 Bernard Cronin could remark in an article:
„Few men have led as full and varied a life as Count Strzelecki. His niche in Australian annals is secure for all time, for we are considerable in his debt”. 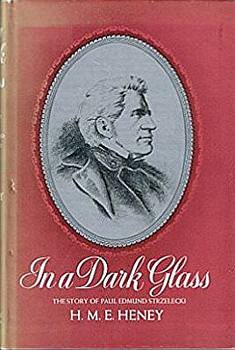 Secure was not the right word. Two years later, in 1961, a Sydney author, Helen Heney, who had done extensive postgraduate research on explorers in Australia, published her In a Dark Glass: The Story of Paul Edmond (sic!) Strzelecki.

Heney's Strzelecki was barely recognizable from the accounts that had preceded hers: his moral reputation was clouded, his professional competence questioned and, as Paszkowski puts it, he was
„altogether... written off as a disagreeable Pole”.

All praise for the explorer was labeled mistaken and he was presented, in Heney's words, as a „pitiful figure… a minor and colorless figure” whose „life played out a monstrous lie and fraud”.

And did not we envious Aussies love this. One academic wrote spiffily that the work was „a very large scholarly stick use to beat a very small historical dog” while another writer trumpeted that here was this pretender at last exposed as „a practiced confidence man”.

One Sydney journalist simply could not contain his glee, writing:
„Strzelecki would have got his just deserts if, when he had reached the top of Mount Kosciuszko, he had fallen off and cracked his neck”.

Indeed, on the passenger list of the ship Virginian in 1934 he describes himself as a „gentleman”, and on his British naturalisation papers of 1845 as „Monsieur”. Paszkowski comments that in both cases
„ he rather modestly downgraded himself ”.

That he was born into the aristocracy, the historical record leaves no doubt, yet the enduring reference in, of all things, the Australian Dictionary of Biography, avers that he was „the son of poor gentry, without land or title”. That entry, by the way, was written by Helen Heney.

In a letter of 1846 Strzelecki himself throws some light on why he is referred to as count, a title to which he was entitled. He wrote:

„As to the »Title« you alluded to, I am bound to say that although much I have proved to possess, both by declaration of the Consul General of Prussia and other Documents…
I am very far of putting it on my card not only because of the act of my Naturalisation in this country does away with a legal right to it but because I consider its signification and value to be very much like that of the Catholic bishops in partibus infidelium. Its social currency then so independent of my participation must be traced I believe as much to the pertinacious courtesy and habit of my Old Friends as to the apparent difficulty of pronouncing my Family name”.

In other words, he was ridiculing the title of count, comparing it to that of a Catholic bishop in a pagan country, and what he does indicate is that the habit of calling him by the title grew without his own „participation” and was a result of the courtesy of his friends who had difficulty in pronouncing the name St-sh-a-letz-ski.

Even as eminent an historian as Geoffrey Blainey has cast doubt on Strzelecki's claims to have discovered gold before Hargraves, but Strzelecki was adamant that any reward paid should have been his by right, insisting that the papers he filed must be „in the records of the Colonial Department”.

Strzelecki remarks in a letter that he was
„frightened by [Governor] Sir George Gipps, & was gagged with(out) having been bribed”,
a reference to the determination of Gipps and the colonial authorities to keep the discovery quiet.

Writes Paszkowski (read a frame below):

„There is no doubt that Strzelecki was angry when Hargraves was named 'the first discoverer of gold in Australia' which was not true.
He became still more embittered when the news reached London in January 1854 that Hargraves received official recognition in the form of a large reward voted by the Legislative Council of New South Wales. Strzelecki's pride was deeply hurt”

Heney attributes this to his need for money, but Paszkowski says she had little understanding of his finances, which, due to sound investments, were substantial.

As to the controversy over whether Strzelecki got it wrong when he claimed to have scaled and named Mount Kosciuszko, Paszkowski is able to set the record straight with the discovery of a mapping error by the Victorian Survey Department in 1870, which incorrectly showed Mount Townsend, the second highest peak, as Kosciuszko.

It was named after a most remarkable man, one of the first public figures to agitate for the emancipation of slaves in America, and who left his entire estate to be used for the purposes of buying freedom for black slaves and establishing facilities for their education.

It led Thomas Jefferson to dub Kosciuszko
„as pure a son of Liberty as I have ever known”.

Thus, when Strzelecki looked out and saw the mountain, as he was later to relate:

„I have reserved and consecrated as a reminder for future generations upon this continent, of a name dear and hallowed to every Pole, to every human, to every friend of freedom and honour - Kosciuszko”.

That we acquiesced in the willing and wanton denigration of a man so inspired says so much about Australia. Are we worthy of Strzelecki? Or Kosciuszko?