Mound and Mount Kosciuszko Festival
The hills are alive …

Concert for Free-Dom was a special music premiere held at Australia’s highest peak, Mount Kosciuszko on February 17 and again in Charlotte Pass on February 18 2007.
This was the scene for the first ever performance of some brilliant classical music composed by the man himself, General Thaddeus Kosciuszko, of which the famous peak is named.
This special cultural event was truly a celebration of the Polish-Australian heritage.

Three recently discovered pieces of music composed by General Kosciuszko, were performed by the 10 piece woodwind ensemble from Sydney, the Sydney Windjammers. Local musician Paul Dion accompanied the Sydney Windjammers; who, donning shawls, scarves and bow ties, all owned their instruments' to reverberate colorfully around the peaks with their melodies.

The Concert for Free-Dom was a celebration of General Kosciuszko’s love for music, social justice and nature and also featured entertainment by Polish folkloric dance group Lajkonik along with singer John Hospodaryk. John composed and performed songs about General Kosciuszko and our famous explorer Sir Paul Strzelecki. 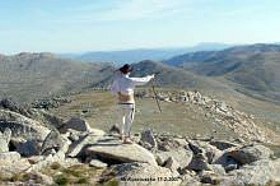 The Lajkonik Ensemble and John Hospodaryk charmed onlookers with their performances, interweaving both Polish and Australian sentiment into their respective pieces. Mrs. Halinka Gad gave a recital of the Ave Maria hypnotizing the audience with her sumptuous voice.

An address by his Excellency, the Ambassador of the Republic of Poland Jerzy Wieclaw, highlighted the unique fusion of Australian and Polish solidarity, achived that day through music.
A Message from the Chairman of the Kosciuszko Mound in Cracow, Dr Mieczyslaw Rokosz followed the address of the Ambassador.

Mt Kosciuszko Australia’s highest peak was discovered and named by the famous Polish explorer Paul Edmund Strzelecki who arrived in Sydney in 1839 and led expeditions across south east Australia over four years. He named the mountain after General Thaddeus Kosciuszko (1746-1817), a Polish and American patriot and decorated hero.
An altruist and a champion for freedom, he fought for independence, democracy and equality. He gained international recognition for his contribution in the American War of Independence and the fight for freedom of Poland and was a devoted champion of the poor and oppressed.
In his Will he authorized Thomas Jefferson to use his property to free Negro slaves and to educate them. 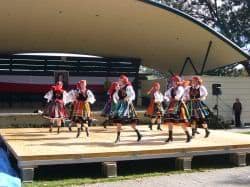 The Mound and Mount National Premier of Kosciuszko Dances, based on Kosciuszko's recently discovered musical competitions (two polonaises and a waltz) and choreographies of Polish Folk Ensembles combined with a medley of local and other artists and musicians will from the second part of this project.

The Mount and Mound Festival is held to highlight the fact that when Sir Paul Edmund Strzelecki named what he believed to be the highest mountain, Mt Kosciuszko, he did so because it reminded him of the Mound in Cracow.
The Mound had been constructed by Polish people as a Polish monument to his same great man. The Festival continues to highlight the Polish contribution to Australian history and celebrate the values of freedom, pace and harmony espoused by General Kosciuszko, and so quintessential to the Australian culture

The weekend will include a range of events from the Official opening of the Mound and Mount Kosciuszko Festival Exhibition at the Memorial hall in Jindabyne at 11am. This exhibition has been collated with pieces from the NSW Art Gallery and other major Art Galleries.
From 1-5pm on Saturday there will be a concert featuring the National Premier of Kosciuszko Dances to Kosciuszko's Polonaises and Waltz, various local and other artist performing music and ballads about Sir Paul Edmund Strzelecki, Mt Kosciuszko, the mountains and the polish connection. 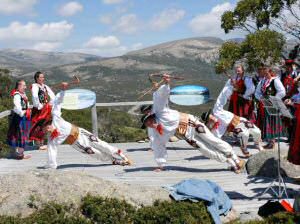 There will also be Polish folk dancing performed by various ensembles in NSW, Canberra and interstate. All this will be held at the Memorial Hall in Jindabyne.

On Sunday the event continues with a Polish Mass in front of the Strzelecki monument in the Banjo Paterson Park at 8am.

From 9am there will be the Rotary Polish Market Day held in Cooma at Centennial Park. There will arts and crafts stalls and food stalls including Polish food. Also in Cooma Park will be the Mound and Mount Kosciuszko Festival Exhibition combined with the Strzelecki Family Exhibition and live performances by various artist and dance ensembles on stage in the park.